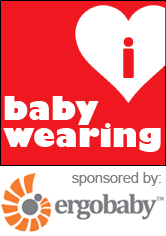 Parents already convinced of the benefits of babywearing will help educate new and soon-to-be parents about this ancient practice during Australia and New Zealand Babywearing Week in October.

This year marks the third national celebration of Australia and New Zealand Babywearing Week. It will run parallel with International Babywearing Week from 8-14 October 2012, following the theme “Carrying on Traditions”.

Babes in Arms, babywearing specialists and founders of Australia and New Zealand Babywearing Week, initiated the celebration in 2010 to raise awareness about the benefits of babywearing. The week of activities also demonstrates how modern parents can enjoy peaceful and active post-baby lifestyles by using baby slings and carriers, the oldest parenting tools known to mankind.

As part of the national celebration, babywearing parents across Australia and New Zealand will be inviting their local communities to join babywearing events that they have initiated and organised. Each event will be in the running to win up to $3000 worth of community grants to donate their nominated local community project or not for profit organisation.

Three $1000 community grants will be awarded as follows:

Planning is already underway for 2012 events, with many parents harnessing the power of social media to invite their peers to events such as babywearing picnics, babywearing beach walks and sling demonstration days via the Australia and NZ Babywearing Week Facebook Page. A total of 24 events were registered last year across Australia and New Zealand. Babes in Arms anticipates even greater interest this year due to the growing community and additional social media partnerships.

Australia and New Zealand Babywearing sponsor ERGObaby® and key retailers will host free babywearing demonstrations, morning teas and test drives at key baby stores to educate parents and caregivers on the safe use of slings and carriers.

Babywearing has many benefits for babies, including decreasing crying and fussiness by up to 51%; promoting healthy sleep patterns; accelerating infant growth; increasing the learning ability and a baby’s sense of security and attachment to their caregiver.

Babywearing also benefits parents and other caregivers, significantly decreasing the stress associated with crying and anxious babies as well as allowing them to more easily and comfortably care for their children while attending daily tasks of living.

As a child, Johanna always wanted to know what was happening in the world around her and asked lots of questions. Imagine her delight when she discovered you could make a career from sharing stories. Johanna studied journalism and public relations at the University of Newcastle in New South Wales. She worked at several newspapers before trying her … END_OF_DOCUMENT_TOKEN_TO_BE_REPLACED