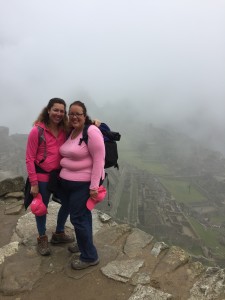 Eight months of training and fundraising culminated in a four-day trek through the Peruvian Andes for two friends from Sydney and Launceston, who raised awareness and much-needed funds for breast cancer research during their campaign.

Annalisa Holmes, of Sydney, and Johanna Baker-Dowdell, of Launceston, followed the Lares trail through remote Peruvian villages up to 4450m above sea level and concluded their trek at Machu Picchu earlier this month.

They undertook this trip with 12 women from around Australia, who had each committed to raising at least $4000 for the National Breast Cancer Foundation (NBCF) to help the charity reach its goal of zero deaths from breast cancer by 2030. The trek is run by Inspired Adventures. 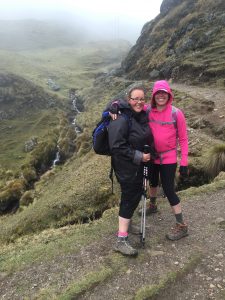 Annalisa and Johanna raised more than $10,000 between them for the charity through donations from friends and family and fundraising events, such as cupcake drives, themed lunches, raffles, auctions, sponsored t-shirts and a movie night.

“We hit our target of $10,000 the day before we set off on our trek through the Andes, which spurred us on even more,” Annalisa said.

“The trek was a challenge both physically and mentally, but the knowledge that we were reaching the top of the Andes together and raising money for breast cancer research made every step that much easier,” she said. 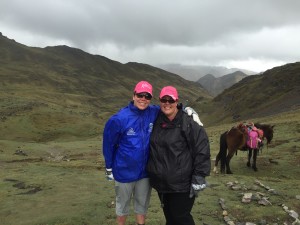 “Annalisa and I know we could not have raised so much money for NBCF without the generous support of our friends, families and corporate sponsors. Breast cancer is something that has touched so many people and we’re so thrilled to be able to contribute to this vital research,” Johanna said.

“Participating in this trek pushed both of us outside our comfort zones and it made us realise what we could achieve individually but, more importantly, what happens when a dedicated group pools resources. Our team of 13 had raised more than $70,000 by the time we returned last week,” she said.

See how much Annalisa and Johanna raised for NBCF at: trektowardsacureperu2015.everydayhero.com/au/annalisa-joh-s-trek-towards-a-cure 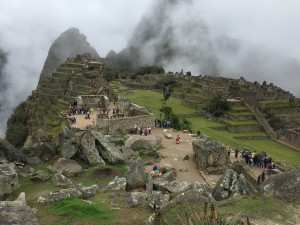 As a child, Johanna always wanted to know what was happening in the world around her and asked lots of questions. Imagine her delight when she discovered you could make a career from sharing stories. Johanna studied journalism and public relations at the University of Newcastle in New South Wales. She worked at several newspapers before trying her … END_OF_DOCUMENT_TOKEN_TO_BE_REPLACED