You are here: Home / My Stuff / Research snapshot: Social media in crisis reporting

This week I was invited to share insights from my PhD research at the UTAS School of Social Sciences Work in Progress day.

My PhD project looks at how social media texts produced by members of the public have impacted journalistic practice within the context of crisis reporting. To do this I analysed how social media texts were used as news sources in newspaper reports during three English crisis events between 2005 and 2013: the London Bombings, English Riots and Lee Rigby’s murder.

As disruptive and highly emotive events where knowledge is a premium, crises elevate the importance of media coverage, particularly as an accurate source of information. In studying the way social media texts are used as news sources during such events, my project contributes to the body of work on current journalistic practice in crisis reporting.

The three English crises were comparatively analysed to determine the role social media played in traditional reporting of crisis events over an eight-year period. This allowed me to track the evolution of journalistic practice by studying how the texts produced by participatory journalists were used in crisis reporting.

I analysed 11,000 articles from The Guardian to find out how often social media texts were used in reporting on each of the three events, which social media platforms were used and how these texts were adapted as news sources. This data was supported by 14 interviews with media professionals and social media users whose texts had been used in media coverage.

My research sample started with 11,000 articles and from those I pulled out those where social media was a factor, ie used as a source or mentioned in the article. I was left with 16 for London Bombings, 112 for the English Riots and 39 for Lee Rigby’s murder.

What have I discovered? 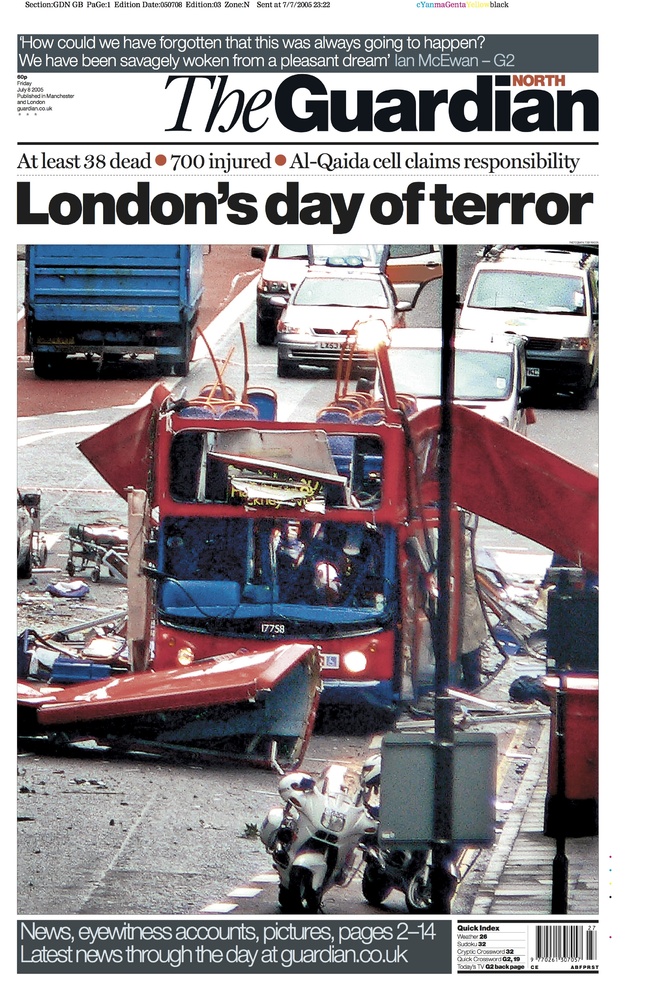 One of the first images on the London Bombings was a grainy photo of commuter Adam Stacey escaping from an underground tunnel near King’s Cross, taken by fellow passenger Eliot Ward on his mobile phone. Stacey sent the image to his friend Alfie Dennen, who published the photo on his mobile blog, Alfie’s Moblog, within 15 minutes of the blast.

“I demonstrated that whilst that picture was on the front page of newspapers in every country in the world the following morning, it had already travelled around the internet and [been] seen on hundreds, if not thousands, of news sites.” 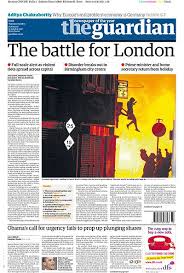 The English Riots broke a matter of months after Laura Oliver had started a community projects role with The Guardian and she quickly saw it was the sort of story where her team could encourage public discussion and debate around the topic and invite readers to get involved in the newspaper’s coverage of the event.

“With the UK riots we were keen to open up discussion quite quickly and guide it in a way where we were saying, ‘Look our reporters are on the ground, help guide them, help us work out where we should go, who we should speak to’, and that worked very effectively as a sort of crowdsourcing exercise.” 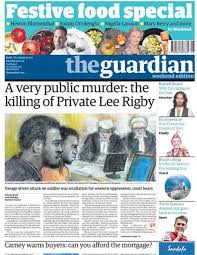 One of the most interesting points about the Lee Rigby case was that these men committed a terrorist attack assuming it would be recorded, which highlights both the power of social media to share news of a crisis almost immediately, but also the level of importance assigned to the online platforms on which we now connect with others.

“Michael Adebolajo just simply stood on the street and spoke in a kind of impromptu broadcast, which he expected to be captured on mobile phones and to then be broadcast subsequently after that. And that’s what’s so fascinating: that this event was staged with social media totally built into its ability to deliver the horror. These people understood social media better perhaps than we did.”

The world was shocked and captivated in equal amounts as the World Trade Center’s Twin Towers fell on September 11, 2001. Audiences watched rolling news coverage as the events unfolded on their television sets. Now social media texts have become a major factor when reporting on crisis events, reducing the timeline of a breaking news story from hours to minutes.

As a child, Johanna always wanted to know what was happening in the world around her and asked lots of questions. Imagine her delight when she discovered you could make a career from sharing stories. Johanna studied journalism and public relations at the University of Newcastle in New South Wales. She worked at several newspapers before trying her … END_OF_DOCUMENT_TOKEN_TO_BE_REPLACED